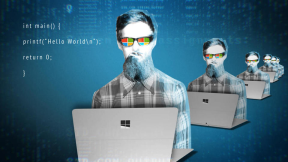 On Monday February 19, 2018, starting at 22:55, a 45-minute TV report about the dependency of public administrations on Microsoft will be aired on Das Erste, the first channel of the ARD (German public broadcaster). Its title is “The Microsoft Dilemma ; Software Colony Europa”. Part of the program will deal with the Open Bar agreement between Microsoft and the French Ministry of Defence, and will feature the interviews of a French Senator, Joelle Garriaud-Maylam, a French journalist who reported on the matter last year, Leïla Minano, and April's public affairs officer, Etienne Gonnu. The TV report will be broadcasted.

A multinational team of journalists — Investigate Europe — wrote a series of articles on Europe’s dire dependency on Microsoft, each analysing a specific national case of public dependency to the American firm. The French article, written by Leïla Minano and published in the news magazine Marianne in May 2017 (in French), was about the Open Bar agreement between Microsoft and the French Ministry of Defence. The TV report was produced in the wake of this impressive journalistic investigation, and goes back to the Open Bar agreement.

Interestingly, the article in Marianne — which revealed valuable information on how the Open Bar agreement was initialy entered into, and confirmed that it had been renewed for another 4 years — helped April obtain the text of new contract (in French) through a request to access administrative documents. This eventually prompted a French senator, Joelle Garriaud-Maylam, to submit a motion for a resolution to create an investigation committee on this Open Bar agreement in October 2017.

“Wanna Cry” was a wake-up call: The cyber attack in May 2017 affected hundreds of thousands of computers in over a hundred countries. But how can a malware cripple businesses, hospitals, and even secret services? The answer: Microsoft. The corporation's software makes one vulnerable to hackers and spies, violates European public-procurement law, blocks technical advances, and costs Europe dearly. But why do governments fight against alternatives, or even return to Microsoft? This is what Andrup Ansip, EU Commissioner for the Digital Single Market, and other actors, ask themselves.

State and public administrations, from Helsinki to Lisbon, also operate with the US corporation's software. The latter makes one vulnerable to hackers and spies, violates European public-procurement law, blocks technical advances, and costs Europe dearly. Journalist Harald Schumann and his research team, Investigate Europe, discussed this with insiders and responsible parties throughout Europe.

Martin Schallbruch, the former IT head of for the federal government, reports on how the states have become ever more dependent on Microsoft. A top legislator from the Netherlands describes how the EU Commission and the governments are thereby breaking the European Tenders law. In France, the Defence Minister, in signing secret contrats with Microsoft, circumvented Parliament; Senator Joëlle Garriaud-Maylam wants to set up a commission of inquiry.

The Hamburger data-protection commissioner, Johannes Caspar, warns that Microsoft systems expose citizens' private data to surveillance by the US intelligence service. Internal documents prove that the Federal Office for Information Technology shares this distrust. Both the European Parliament and the Bundestag (German Parliament) have on various occasions requested that state IT systems be migrated to Free Software, which can be audited by Europe's own security agencies. Italy's army has begun this switchover, says Italian general Camillo Sileo. As have the police departments in France and Lithuania or the cities of Rome and Barcelona

But why is it that the majority of goverments fight against alternatives, or, as in the case of Munich, even return to Microsoft? Andrup Ansip, EU Commissioner for the Digital Single Market and other actors ask themselves the question.